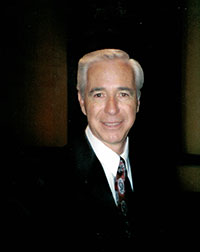 Central Virginia Rental was established in 1972 by Norman Kiser. The first center was opened in a two bay gas station at the corner of Meade Avenue and Market Street in Charlottesville, Virginia. The opening inventory had a cost of approximately $75,000.

The Waynesboro Center was opened in 1976 and in 1980 moved to its present location.

The Staunton Center was opened in 1985 in the old Pepsi-Cola building at 708 Richmond Road.

In 1988, a full-service party center was opened in Charlottesville at 1139 River Road.

On December 1, 1991, the Culpeper Center, which had been in operation for more than 10 years, was purchased.

In 1994, the Harrisonburg Center was opened on Emmaus Rd.

In 1997, Central Virginia Rental Inc. was sold to RentX.

In 1997, CVR, Inc was formed to handle the Trailer, Container and Vehicle rental inventory that was not sold to RentX. The vehicles and offices were moved to 2075 West Main St. in Waynesboro and the trailers and containers moved to the Carter building in Fishersville. Danny Showalter is now the department President.

Also in 2003, CVR Rentals, Inc. was organized to open and run full service equipment rental centers. Fishersville was opened in the spring and Harrisonburg in the fall. Danny Showalter was named department President.

In 2004, plans were in place and underway to open additional Rental Centers and build businesses as opportunities arose.

In 2005 CVR Rentals, Inc. purchased the remaining Rent X stores in Virginia. The locations were Staunton and Charlottesville. We also merged the CVR, Inc. Vehicle Rental Center into the company. In August we purchased the rental inventory from Tents and Events in Fishersville, Virginia.

In 2007 we purchased an existing property and renovated it to move our Charlottesville special events store.

In 2008 the new Charlottesville Special Events Store was opened.

In April 2009, a new location was opened in Lexington that is a Special Event and Equipment store.